We have now come to the end of the Persuasion Adaptations to the very last selection (and the only available adaptation left) which is the ITV/BBC 2007 version (adapted by Simon Burke). this version was to be hailed as a brand new version with lots of new insight hoping to revitalize Jane Austen for the 2007 ITV/BBC experience. Let’s just say it less much to be desired. 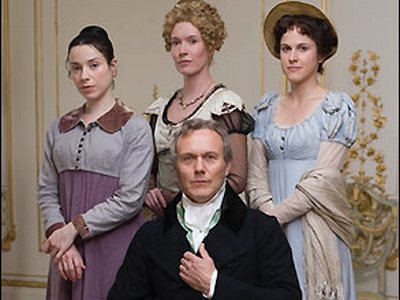 The Elliots: Sir Walter with Anne, Elizabeth and Mary.

This version starts off very fast paced, which is not a bad thing. However, it’s confusing as to why Anne (played by Sally Hawkins) is running around, taking inventory (with a very convenient maid holding a pot of ink to be dipped into) and lots of servants rushing about, throwing sheets onto everything without any context. At first, I thought they’ve decided to skip the whole convincing Sir Walter to move to Bath and have gone right for Anne being busy, having been left behind, then going immediately to Uppercross (which went from being 5 miles away to only half a mile), which would be a bold move. But one that would make absolutely no sense to a viewer who is unfamiliar with the novel. And in fact, we are then shifted into the next scene, where Sir Walter is being convienced to move to Bath in a dinning room, with lit candles, while everything is covered in sheets. Fire hazard everyone? Also, this makes no sense chronologically as why would inventory and the need to shut up the house occur PRIOR to the decision to move? This whole beginning makes no sense to someone who is familiar to the novel as it made no sense to anyone who is watching it who is unfamiliar. It was a clear indication of how badly this adaptation was done. 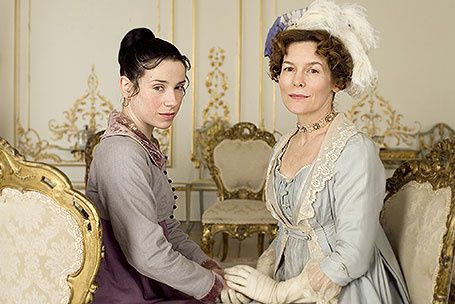 For example, Lady Russell arrives after the decision to removed to Bath takes place when she is a vital part of the conversation. The all important scene with Anne speaking to Harville which occurs at the end of the novel was moved to Lyme and the conversation then takes place between Anne and Benwick, with Wentworth never overhearing it. Again, this makes no sense as he references the conversation in the letter at the end. Mrs. Smith is given the first name of Harriet when it is Emma in the novel. And for a invalid, she is able to run about Bath fairly easily (which I found both comical and disheartening). Sir Walter comes off as an asshole and not a simpering Baronet. He is cruel and calculatingly so which is not at all how he is in the novel. Having Anne write in a diary and look into the camera is too 1995’s Emma (in other words, clichéd). This is not a “so bad it’s a guilty pleasure” kind of film. This is just plain awful.

Anne Elliot being too clichéd.

The casting is bizarre. Alice Kreig is a wonderful Lady Russell, but is vastly underused, Because so many scenes are done out of order or just taken away, there is not much there for Lady Russell. Which is sad considering how much better of a role it was in both previous versions. Sir Walter is portrayed by Anthony Head and I would have thought him to be a better Admiral Croft quite honestly. As Sir Elliot, he’s pompous and an asshole. He’s also so little seen as to make the part non existent. Colin Redgrave’s version practically sparkles in comparison (1995). Again, like the 1971 version, the Crofts are miscast. They not only look too old (Sophie is only 8 years older than Frederick, yet both 1971 & 2007 seems to believe women at the age of 38 look like they are pushing 50), but Admiral Croft doesn’t even remotely look like he’s ever been to sea. At least in the 1971 version, they did have some sort of relationship with Wentworth that I believed. In this 2007 version, there was zero family relationship. Mrs. Clay is very pretty and easily forgettable. Mr. Elliot was just-no. Both the Miss Musgroves are hard to tell apart. The Musgroves themselves are as forgettable, which is sad because they shouldn’t be. Wentworth is portrayed by Rupert Penry-Jones who looks more like William Elliot from the 1995 version and also doesn’t look like he’s ever spent any sort of time outdoors.

There were other issues besides casting. The actors did their best with the scripts, no I never blame the actors (soft spot from my Theatre days I suppose). But I do find issue with historical inaccuracies. Anne Elliot at one point is basically in her undergarments and can magically pop in a dislocated shoulder without any medical training. That she allows herself to be seen by her brother-in-law and male servants in her undergarments is shocking. That would never have occurred. She would have put on a dressing gown first. I don’t care about the magical knowledge of medicine she seemed to have gained without anyone’s knowledge-the lack of being properly dressed was a huge historical faux pas. The undergarments shown were also not period correct. If you are going to have an actress parade herself on screen, do us the honor of having her wear period correct undergarments. The hair shown was also an issue. Wentworth’s hair was the modern version of a la Titus and much too short to be period correct. Also-the reemergence of Mutton Chops was seen. Mutton Chops were seen on older men, not on younger men at this time, so when I see them on men in their thirties, I am going to question it as it would  not have been a style for young men until closer to the 1820s. Also, Anne Elliot’s hair is so ugly as to be painfully so and she makes no attempt to even try to make herself look better, which is so out of character. 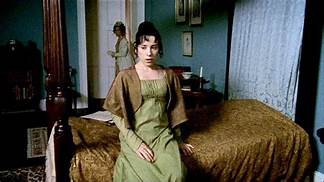 I found the costumes decent but easily forgettable. Some effort when into them, but Anne Elliot was dressed so poorly compared to the rest of her family it stood out as being odd. I do not believe Sir Walter would deliberately dress one daughter so poorly and so threadbare. Especially when image is everything to him. Plus, no uniforms at all. At a time when England was just victorious form a War, the soldiers and officers would have worn their uniforms at certain times. Especially Naval men in Bath, which was the home of Lord Nelson. That complete lack of history (remember, it takes place after Napoleon was defeated and sent to Elba) just bother me. It shows a lack of understanding of what was occurring historically and this is the only Austen Novel to give us actual dates. This meant this was important to her and to the country. It really was these contradictions that truly made this a very unpleasant adaptation to watch. Plus, the running. Anne Elliot runs a lot at the end and it’s so improper for her character. Nothing about this adaption makes any sense and it feels as if the writer decided to just use cliff notes and Google to learn the basic plot and went from there. It is an affront to the senses.

So, what did I learn from watching all three available versions? That there are two really decent versions every Jane Austen fan should own and one they should avoid at all cost. the 1971 version, while it has issues with costumes and casting, really is a gem of an adaptation. The acting in it is still extremely good and if you want one that is exactly like the book, then you should own this copy. It is long and the costumes are dated. Yet it is so full of charm and fine acting, it’s easy to lose oneself in it on a rainy day.

1971’s Persuasion: the most accurate.

If you want one that is charming, but not as long, then I do believe the 1995 version still fulfills that need. The acting in it is just as good as ever and this is the only version that comes close to having a film of Persuasion. It’s fairly accurate to the novel, but is fast paced enough to not feel overly long. Plus with being under two hours, it’s a nice short watch that anyone can enjoy. 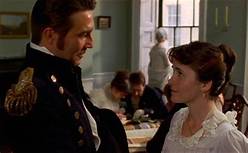 I cannot recommend the 2007 version at all. There are people who enjoy this version out of all the others simply because of Rupert Penry-Jones. I understand that members of the younger generation will simply enjoy a version just based on the sex appeal of one actor with regard to whether the version was at all enjoyable because they are too busy drooling and lustfully eyeing the person in question. That is a fault and a disservice. If you’ve read the novel and then watched this version, you are then well aware of how truly terrible of an adaptation it is. While I gladly own the other two versions, I do not own this one and will never add it to my collection.