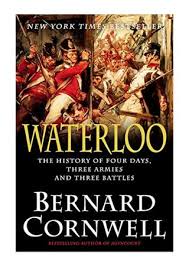 While I am a student of late 18th & 19th Century History, Waterloo is a subject I know very little about. Actually, a lot of the battles that occurred in Europe a still a mystery to me as American schools do a very poor job of educating people in world history. American schools, for the most part, spend much time on the discovery of America in Grade School, a little on the American Revolution in Middle School (and I’m lucky to have had to study the Constitution at this time, which used to be a requirement in all 50 states, but exists in only a handful at this time), then a quick glossing over the Civil War, WWI and WWII in High School. No mention is ever made of the War of 1812, the Peruvian War of Independence, the French Revolution, The Crimea War, the Chilean Civil War, the Battle of Kalinga, etc. Basically, you get the point. America is well known for being an isolated country in part due to Teddy Roosevelt. He didn’t like to involved the US in world issues and in turn, fostered the insular need for us to remain separate from the world around us. I believe this has been a detriment to my education and to the education of many. So, I have decided, since I mainly stick to the years 1750-1830 (though I do have knowledge of of 1830-1910) to educate myself further. I feel this will not only help me understand the years that I tend to focus on better, and the life of Jane Austen with more understanding, but will also manifest itself in my writing (at least in one novel certainly) since the odd thought which occurred at 2AM a week ago and most assuredly lodged itself in my brain and this is the result.

I have looked at a few books dealing with Waterloo over the past 2 weeks and have rejected at least 5 in favor of this book by Bernard Cornwell. Once of the main reasons I chose this one over the others was based primarily on the fact Cornwell used basic English to describe the battles and didn’t relay too heavily on military lingo. While I do commend the writers who are writing and publishing books for the military aficionado, a person such as myself doesn’t understand such terms easily and didn’t relish needing a thesaurus or dictionary in order read every other sentence. In other words, his book is meant as an overview of the battle, but it also provides an in-depth view as to how the events unfolded and why certain decisions were made. He writes not expecting the reader to have any prior knowledge of the event, which works to his advantage. He proves that writing history doesn’t have to be boring and dull, but can be exciting and engaging when it is written well and with great passion.

Cornwell starts off each chapter with a map of the battle or layout of the area the chapter is focusing on, which is very helpful. They armies are color coded (Blue for French, Red for British & Prusssian) so you can understand the various positions he is describing and the movements. I wish every battle in history class had maps such as these because it does make a difference. Most people, I believe, are visual learners and having maps for each chapter did help me understand the battles and how they shaped up. He also ended each chapter with pictures (some portraits of the men he was talking about and some artistic renditions of the battle he was just discussing). The maps plus the pictures told me that the author made the effort to bring this tale to life in such a way as to make it feel relevant and easy to understand. I do think he succeeded with me.

You do, over the course of the book, have your favorite historical persons. One of mine became Blucher, aka Marshal Forward, a 74 yr old Prussian who sometimes believed himself to be pregnant with an elephant (the father was always French it seems). But for all that, he was well loved by his men, it seems well loved by his wife, and when he found a woman in his army (who was awarded a few medals of honor), allowed her to remain in the fight. Truly, this man deserves a biopic at the very least. He was loyal to Wellington, even though they could not speak to each other without an interpretor, and Blucher just seems like an eccentric but brilliant military man whom no one really talks about anymore. 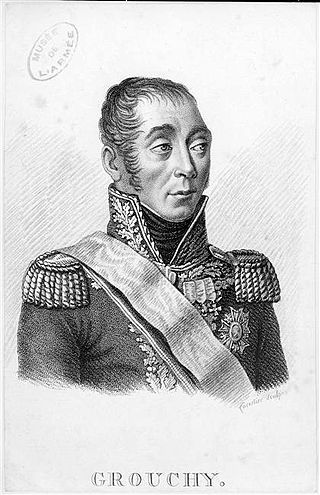 Another figure that I came to have a great amount of pity for was Marshall Grouchy. He is generally blamed for Napoleon’s losses at Waterloo, but to be fair, he received the strangest orders from the Emperor. He would get orders telling him to go to one town (which would be on his right), but to make sure to keep the Emperor on his left, but to also keep the enemy on his left as well. He couldn’t win either way.

Ney is another French Marshall that I ended up feeling sorry for. Unlike the other high ranking officers who fled France only to be forgiven after Napoleon’s death in 1821, Ney was tried and shot as a traitor to the Crown. He deserved better. 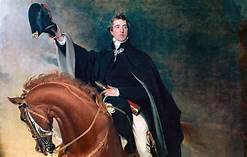 Of course, you do tend to like Wellington as well. He comes off as charismatic, forthright, and a bit of a ladies man. He preferred ladies who were smart, well-read, and witty. He had many lovers, was not faithful to his wife (pity), maybe he wasn’t the perfect man but he could be calm in the midst of bloodshed, which is what the men needed in order to fight. He acknowledged the battle was won because of the help of the Prussians in all early correspondence (and for years afterwards). Alas! It seems his ego (and possibly hatred towards a Prussian who hated him-I forget his name but he worked with Blucher) may have made Wellington decide he was the sole reason the battle was won and not because he had help.

There are many, many books on Wellington as there are books on Waterloo. I even spotted a book on Grouchy in my search for a decent book on Waterloo. So, do I understand this significant battle better? I believe I understand it a bit better having read this book. I would not state I am an expert nor would I offer myself up as one. I will only state that Cornwell’s book is one I would definitely wish to purchase because it was so easy for me to understand and I do believe it would be an excellent reference book for myself.