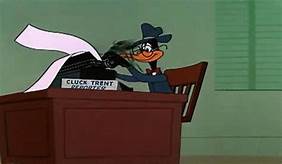 While I have finished writing my first novel and all 12 agents I sent it to have rejected it (yes, only 12 so far), I decided to go back and take a look at the novel overall. First, I am biased in this but I do think it’s fairly good. When I first wrote it, it was close to 200K in length, which is approaching Jonathan Strange & Mr. Norell proportions (that book is over 260K in length). So, I edited it a few times and whittled it down to a respectable 140,083. The loss of roughly 50K words is no major feat to cut from a novel and it took a lot of work. So, why am I still editing it?

Basically, most first novels tend to be between 70-100K word length. Of course, this doesn’t mean there aren’t’ exceptions to the rule, because Jonathan Strange clearly is a major exception for a debut novel. This doesn’t mean one should write and only confine themselves to 100K words or less. I think doing so would stifle creativity. But this doesn’t mean that my novel of 140K couldn’t still use some refinement.

While I was writing my novel, I was taking a medication called Medroxprogesterone (also known as Medroxypr AC) because I had a male OB/GYN who decided that I had PCOS (Polycystic Ovaries) and shouldn’t be on normal birth control to regulate my menstrual cycles. Now, as most women can tell you, almost every woman has been told she has PCOS. The fact of the matter is, most doctors don’t bother to give a simple blood test to determine if the woman has it or not. Good news, my Endocrinologist tested me and I do not have PCOS (I have Diabetes and most diabetics should be seeing an Endo for medication and treatment). So, why is this medication I was on significant? Well, one of the side effects is loss of concentration-in other words, repeating oneself. I have found through editing my novel that I did repeat sentences. Maybe not directly, but would summarize or rewrite them, but not remember to delete the one I didn’t like. This meant I had a lot of repetition and no wonder no agent wanted to read it!

So, first I had to allow the medication to leave my system, which took a good four to five months. I could tell by this February it was practically gone because my concentration levels were so vastly improved I could watch a film and not be distracted (yes, it was that bad). This medication also causes a worsening of depression, so it’s not something any woman should be on, We all ready deal with fluctuating hormones as it is, why take something that will worsen it (and it’s a common side effect that it will worsen or cause immense depressive moods). It also causes weight gain, and who wants to deal with that?

So, the good news is I feel much better and my Endo has me on regular birth control, like I want to be on because some of us have never had regular cycles. Trust me, we really do take this for health reasons. And I’ve edited the novel (up to Chapter 17) and the word count now stands at 134,812. That’s 5,271 words gone and I think it’s making the novel stronger, more polished and definitely more streamlined. Will it ever be 100K? Probably not because I don’t think the tale I am telling would be able to be told in so many words. But perhaps I can get it under 134K, which is a far cry from where it was originally and perhaps agents may be willing to take a chance on it because it is less lengthy.

Now, why put it out there that I was having medication issues which ended up affecting my writing? Because side effects of medications are a real issue and can cause serious problems to those of us who are in the arts or academia. We often don’t take good care of ourselves because we are focused on caring for others, so it’s important to step back and realize that may be the medication the doctor prescribed is doing more harm than good and there are always other options to treat your health issue. And if one doctor is not listening to you, find one who does. I know I will have to go back to the OB/GYN eventually (I have been not wanting to confront him), but he should realize that my health, my input is more valid than his beliefs regarding my reproductive rights. I take birth control for health reasons. The medication he prescribed has so many side effects it should not be prescribed to women any more (in my opinion).

Now, if you’ll excuse me, I have to go back and continue editing!