Character tearsheets are something that is common in the Theatre (possibly Film and television) world for Designers. Particularly Costume Designers, though I am certain Hair & Makeup Designers use them as well (in Theatre, Hair & Makeup tend to fall under the domain of the Costume Designer while in Film and Television, that’s an entirely different department). The easiest way of explaining it is a typical tearsheet is a word document (or similar program) of one page where you have pictures/images of a character for design purposes. It’s a way of visually assisting you in coming up with a design for a show. Sort of like a quick visual scan. Most costume students end up doing this in programs as we generally don’t have time to render (fancy term meaning draw and paint/maker/etc) in the short amount of time we are given for the assignment. Sometimes we are given mere days, so doing tearsheets is a quick way of designing a show for an assignment.

An example of a grad student’s tearsheet for Midsummer Night’s Dream on their online portfolio (courtesy of Kristalduke.com)

What you can see from the above example, is the “actor” she has chosen for the role. The jacket style she is considering and possible colors. I also see pants, vests, shoes with spats, a top hat, a cane (in one image, but that just me coincidence), and a fob watch. So, one gets the general idea of where she is going with that design. And you may be wondering, how does this relate to writing? 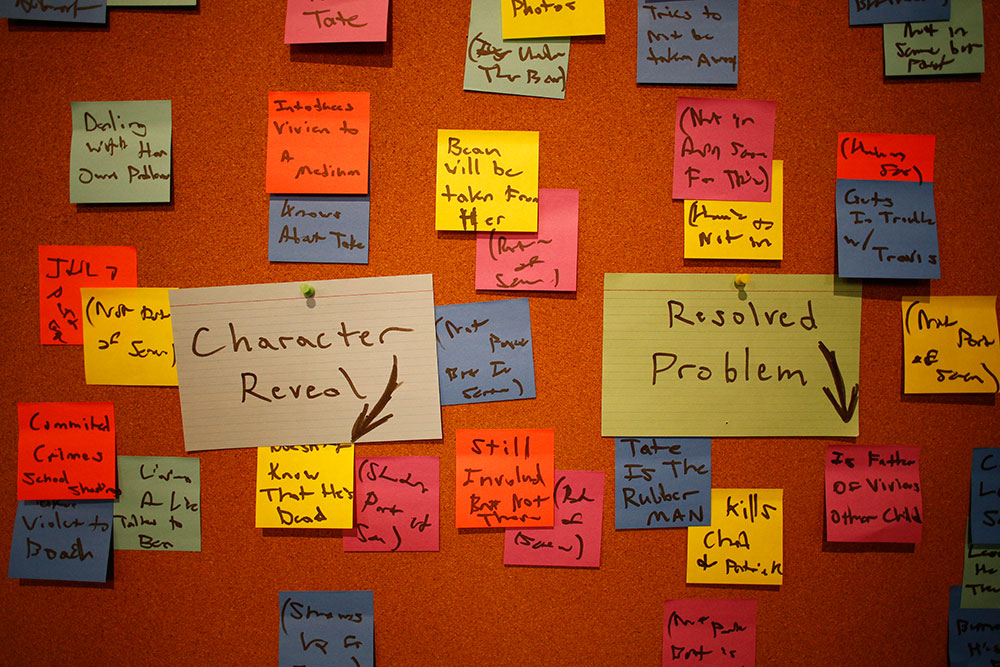 A writer’s board (courtesy of screencraft.org)

Places like Screencraft and other writer’s resources always recommend a corkbaord or whiteboard to jot down ideas and help build your novel or screen play, etc. And if that works for you, fantastic! My mind doesn’t work that way. Maybe because I come from an English & Theatre background that’s more academic or because I’ve never found those tools helpful other than posting notices, who knows. All I know is I grew frustrated trying those routes in trying to organize my novel and my thoughts because it didn’t work for me. So I turned to ways that I knew worked and they helped me a lot, so I hope that somewhere, they may help someone else. Instead of designing a character for a show, I used a word document (some ran to two pages instead of one) to help me visualize each of the main characters and a few of the secondary ones as well. I pulled images such as celebrities that I thought had the color hair that I liked. Period portraits that showed the outfits or poses I thought fit that character. To putting images of books they read, furniture they used. Even they’re favorite kind of tea or flowers. Anything and everything that would help me “see” that character and create them (especially their moods, and dialogue) in the novel. And I did make notes on the sheets, especially if I couldn’t recall why I picked an image. For instance, I used an image of Cary Grant and specifically chose it because I loved the smile in it. That smile, to me, was the smile I saw my character having. So I made a note of it on the tearsheet that said “Cary Grant Smile.”

This is the picture of Cary Grant smiling that I liked. (Getty Images)

It doesn’t have to be that complicated and it doesn’t have to have a lot of images. If there’s a landscape of a picture of a tree that to you, screams a certain character, put it on your sheet. Something about it is speaking to you, so use it. And if it’s a certain color (like a paint swatch or just the color of a jacket), then yes, make a note that it’s that color you are associating with that character. It could inspire a scene in the novel, you never know. This doesn’t have to be a hard process or a long one. I only have tearsheets for 8 characters for my first novel and I have more than 8 characters. I really only focused on the main ones and the ones I was struggling with in terms of trying to write dialogue for (they were secondary ones). Most don’t get this kind of attention so don’t feel you have to do one for each and every single character. If you have 4 main characters, do one for each of them. Then if you find you are struggling later one for one or two others, then go back and do a tearsheet for each of those characters. I found it really helped me focus on those problem characters and scenes that I struggled with because it helped me focus. 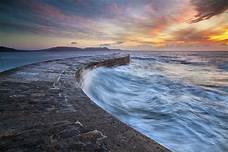 Another use for them that I did that I had never done before was use them for images of places that the characters travel to. Of course, if it’s a fantasy world, that may be difficult, but if you know the world contains mountains, why not have a tearsheet of different mountain ranges for inspiration? How about different sunsets or forests? Or carriages or carts if that’s how they are traveling? It does help you focus on your novel because it’s a great little visual aide in narrowing down all those images you may have been collecting on Pinterest. And I even have a tearsheet for a cat because it’s a character in the novel. Grey cats are not all the same I will state in my defense and grey kittens in particular vary. Will nay of this information make it’s way into the novel? No. But it’s good to have it available in case anyone who ends up reading the book asks. think of it as your own personal background information that you can share or not with your fans in the future. And hopefully, you will share.

I hope this has been insightful, helpful, but most of all, inspirational. I want people to learn from my mistakes (as in listening to experts who say to only do things a certain way) and realize that there are many ways to go about the writing process. I’ve found a method that works for me. And it works well because it’s familiar, it’s easy, and it’s simple to do. Will it work for everyone? No and I don’t expect it to. But is it something I hope people will try? Yes, I do hope those of you who are writing will try this method and see if it’s helpful for you. And I hope it is. There is no right or wrong way here. We are all learning together.