Revisionist History is a subject very close to my heart because it drives me insane. One of the biggest perpetrators of this trend, currently, is Dinesh D’Szousa. Thankfully, Kevin Kruse (@KevinMKruse) is a great historian who constantly has to educate Dinesh on basic Civic history, so I won’t even bother going into that here. So, what is Revisionist History? Revisionist History, otherwise known as Historical Revisionism, means challenging the established (accepted, traditional, orthodox) views held by professional scholars, historians, and offering up contrary evidence or reinterpreting that evidence (or the motivations of the people involved) to come out with a completely different viewpoint. And yes, the purpose is to provoke, to misdirect, and to be controversial. People who espouse such theories tend to view the traditional views as negative and wrong, and will often get into heated debates and will state that the previous viewpoint is the illegitimate history. These revisionists will forge documents, manipulate statistics, photo-shop (a lot), twist evidence to support their world view and will attack anyone who informs them that they are incorrect. The biggest and most well known example of this is Holocaust Denial. I’m sure I don’t have to explain what that is, but there are many examples of people denying that it even occurred and ex-Hollywood types like Candace Owens trying to state Hitler was not all that bad, which is a revisionist tactic. Now you know why it drives me up the wall and why I sometimes have to just not look at the news and turn to books to de-stress.

Example of revisionist history done by Stalin himself. Courtesy of Freerepublic.com

I am going to focus this first part on just one particular irksome area, which is people of color wanting to make every single person in history black. Now, full disclaimer here. I am a person of color. My father was born in India before India & Pakistan were split and then he moved to Pakistan at the age of four, I believe. So, I am not against people of color learning about their culture and heritage. There are many examples of important figures throughout history and I do plan on doing blog posts to highlight this in the near future. But claiming things that are one thing but really aren’t is wrong. Just as we have a culture of White Supremacists trying to erase people of color from the past, we now have people of color trying to erase Europeans pout of history as well. This is not the way to lean about history. Erasing each other is only causing pain and destruction. Let us begin. 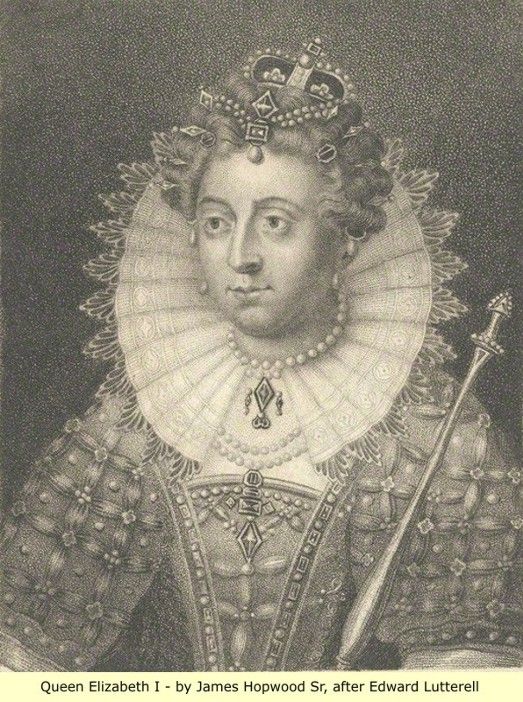 From realhistoryww.com where they claim that QEI was African-American (even though America was a Colony at the end of her reign) and was Britain’s first Black Queen.

RealHistoryww.com is a site that loves to state every single monarch and important person throughout history as Black. they claim that any picture of this person as white, is a whitewash an an attempt to keep the “true history” of the blackness hidden, but they have the “real evidence.”  Now, here’s the problem with this “real evidence.” This is the only picture on the site showing the supposed Black Queen Elizabeth I. It is an engraving and as anyone with an art background knows, engravings were done based on portraits and are done in such a way as to emulate it by use of lines. Those lines are ink. Ink is black. This does not indicate race.

Queen Elizabeth The Rainbow Portrait; I believe the engraving was possibly based on this portrait. Courtesy of the Royal Family’s Website

The main problem is Queen Elizabeth I was widely painted throughout her life. First as Princess Elizabeth, then as Queen. I find it hard to believe that out of all those portraits, and all those descriptions from foreign courtiers, not one ever mentioned she was not white. Not one. The problem with revisionist history is you pull on one thread, it easily unravels. 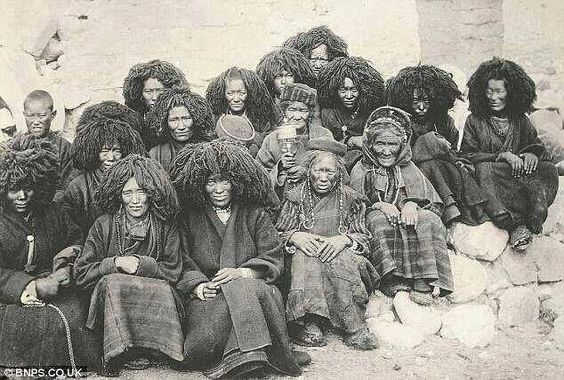 This picture also appears on Realhistoryww.com, Africaresource.com, and a boatload of blog sites “claiming” to spread the true history of Africa. I Googled the image and it seems to have come from the Cambridge History of Japan in reference to the decedents of the Minatowaga people who now reside in Tibet. This picture was taken in the 1940s in Tibet from what I can see (and I had to use a magnifying glass so couldn’t read the entire date), but it’s from the 1940s. Apparently these people migrated to Okinawa around 40,000 years ago and the chapter talks about a pair of skeletons dating from 20,000 years ago. That’s all I can read without straining my eyes too much. I believe they reference coming from Africa over 100,00 years ago and moving out of India 60,000 years ago, which in terms of migration, makes sense. So 35,000 years (according to the book) would put them in Siberia. I had to look up human migration for those dates and they are accurate according to the Smithsonian, so I think I am fine with that. Now, as I have stated in a previous blog post, photography was not invented until 1827 or 1828. Anyone with common sense should be able to realize that a claim that this picture cannot be thousands of years old. I am shocked and disgusted that this claim has been circulating around for years. 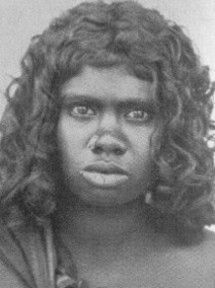 From realhistoryww.com; they claim this is an Indian from India.

Again, Realhistgoryww.com seems to be very good at the revisionist trade. I again Googled this image and it came up as being in someone’s academic paper on Aboriginal tribal dances and the similarities to Sri Lankan temple dances. I think it might be part of a dissertation. I have no access to it and it’s on academia.edu’s website as not available to the public, but interesting that this image is in a piece of academic work. And this image also pops up as being in an issue of the Smithsonian’s magazine on Australia and the Aborigines. Clearly, this is not a person from Southern India. As a Desi person, I am angry that the website would do this to that person, but also to my culture. 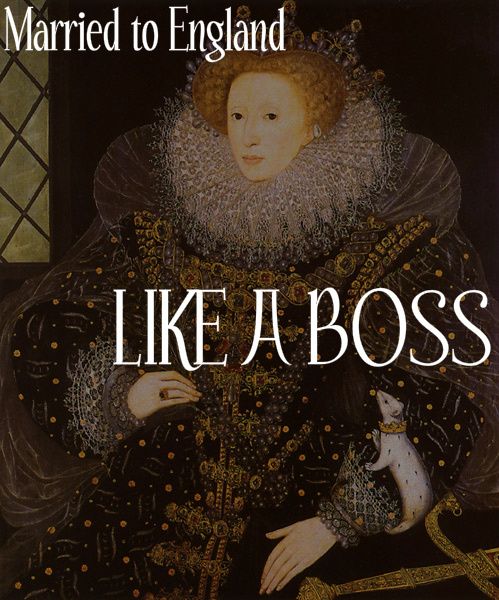 While I did point out some other problem website, I mainly focused on Realhistoryww.com. Because this website has over 18,000 posts of revisionist history and I see it shared all the time on Pinterest, Twitter, Facebook, and on other blogs as fact. It’s not that hard to use common sense and figure out when someone is distorting history for some nefarious purpose. Because, let’s face it, if all the leaders of and America were secretly Black, then why the hell did we have Slavery? Or the Trail of Tears? Or Massacres in India fighting for independence? Or Apartheid? Rational Wiki is a good place to vet websites you are unsure of. For Realhistorywww.com, this is what they have to say:

Realhistorywww.com is a crackpot black supremacist website owned by a poster on Egyptsearch forum “Mike111″…Mike’s website argues that all ancient civilizations wer ebalck and that white people are “sickly albinos” that are inferior. Many of Mike’s racist Egyptsearch posts reveal an unhealthy obsession with white females:

“”We have all heard Whites espouse glowingly of the “Delicate” White skinned, rosy-cheeked beauty.

Has anyone ever really analyzed and considered that proposition?

Why would ANY man want a “Delicate” (Sickly) Woman?

The offspring would likely be sickly too.

And the sex? Can’t do much rocking-n-rolling with a sickly woman.
Conclusion: There is serious delusionary[sic] thinking going on in the White mind”

Yes, it’s disgusting. It should make you angry. Mike 111 has made similar remarks regarding mixed people and people he doesn’t consider “fully” black, which is everyone except African-Americans and Africans. Everyone else has been tainted by the “sickly” Europeans in his eyes. And that’s incredibly sad. So I hope this has made you aware that this information is out there and it does exist. And how you have a responsibility to vet information before sharing it on your social media pages. Stop the spread of misinformation.