Love & Friendship came out in 2016 and was adapted fro the screen by Whilt Stillman, who also directed. When it first came out, I mistakingly read Jane Austen’s juvenilia piece entitled Love & Friendship and then became utterly confused as the piece I read had nothing to do with the film I saw. Instead, Stillman borrowed the title of one piece and adapted another, Lady Susan, to the screen. This is the only adaptation of Lady Susan for the screen at this time. Lucy Prebble has been hired by BBC and Celdor Films to adapt Lady Susan as of 2009, but nothing about that adaptation has been made available. There has been three different stage versions in recent years as well as three different re-writes of the novella. However, this is about the only screen version and how truthful and accurate is it to the novella.

I think that for the only adaptation for this Jane Austen novella, it’s pretty decent. It’s not an easy novella to adapt, first of all, simply because it’s written as a series of letters.  I believe Sense & Sensibility was first conceived that way before Austen decided to change it, so we can be thankful that she only played with this format once. It’s a tale that we are not used to seeing from Jane Austen as it deals with sex, manipulation, obvious social climbing, adultery, and all sorts of things one would expect in a a rollicking good Georgian novel like Tom Jones, not Austen. Most scholars date this to have been written in 1794 and the adaptation was said to have taken place at around the same time. I believe the costumes are pretty accurate.

1790s Dress from the Museo del Traje (Madrid, Spain); Both gowns are from the same time period. 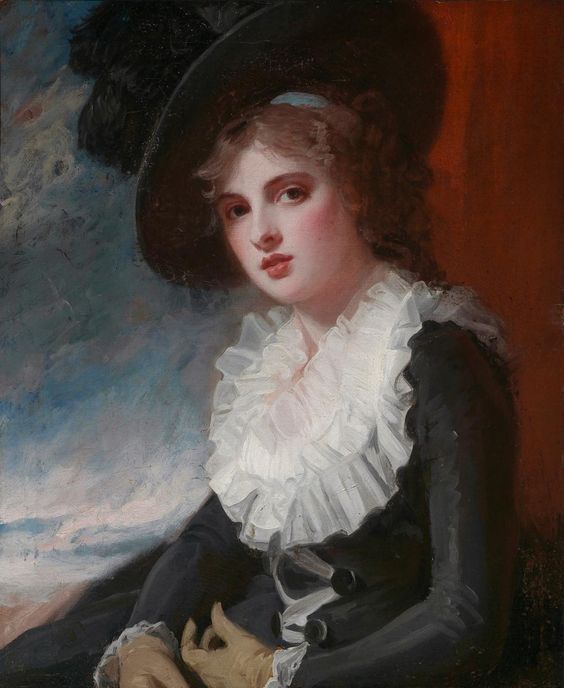 1790s Portrait of Emma Hart (Later Lady Hamilton); her hair and hat are very similar to Lady Susan’s as pictured below. [Public Domain]

An interesting choice made, which at first I didn’t like, but upon watching it again, I ended up enjoying was to make Mrs. Johnson, Lady Susan’s confidant, an ex-Patriot from America. Making her someone who was loyal to the Crown and having to flee the Colonies for her British sentiment made her husband’s (Stephen Fry) threats to send her away both comical and frightening. Especially since the Revolutionary War had recently ended and the War of 1812 was soon to start (plus there were still some skirmishes occurring between American and Britain at this time). While the director admitted to changing the film a few times on set because of the ingenuity of the actors (and allowing them to have input into their characters), a majority of the lines do come from and are influenced by the actual letters from the novella. I would state that 90% of the dialogue is based upon those letters, which is fairly decent in my mind. 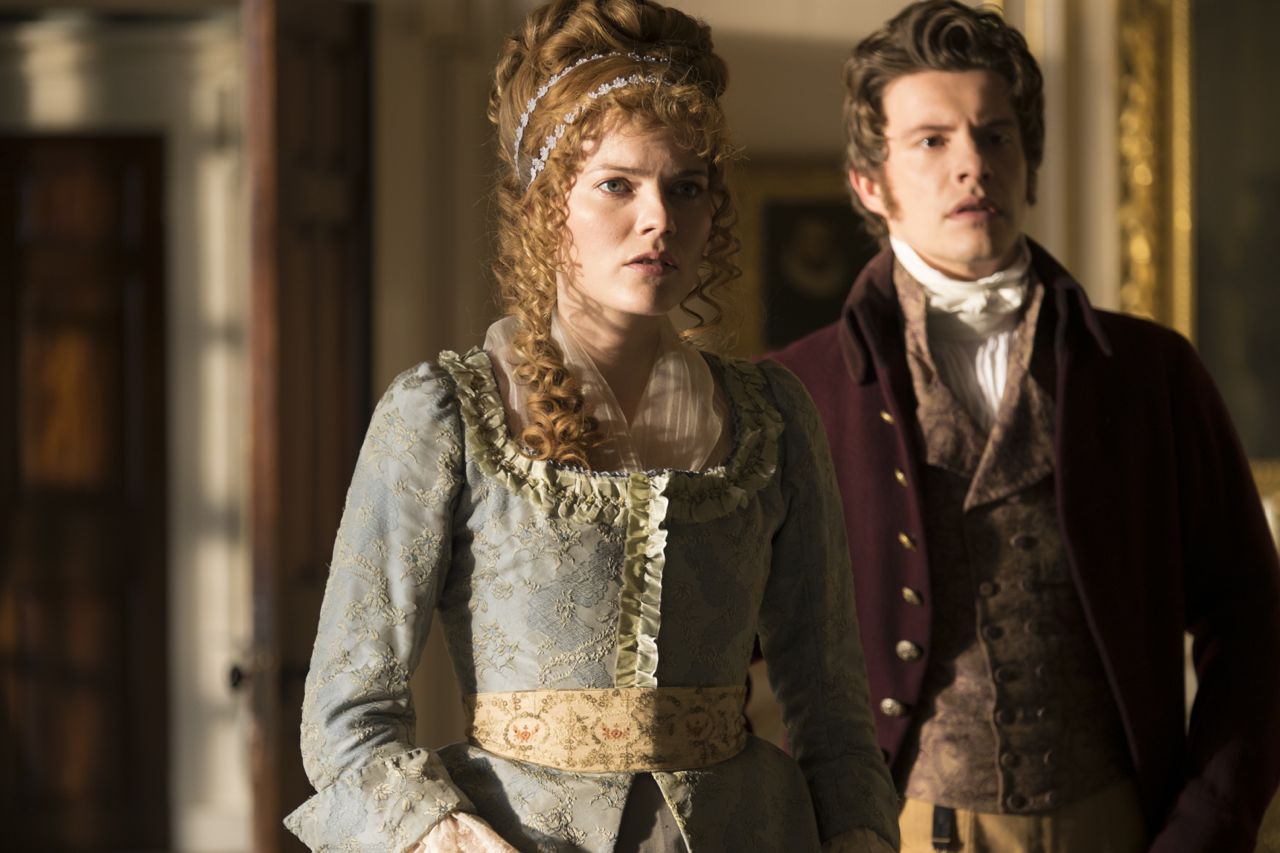 I appreciated the use of wigs, especially the non-white ones on the men (the older men particularly). One thing is apparently clear and that is income (loss of income) is a running theme in all of Austen’s published works (this work wasn’t published until 1871). I did love the use of agricultural and farming news because that was an important part of living on an estate and part of Austen’s daily life. I also love how they had all the characters introduced in the beginning, which is a very classic silent film era technique.

There really isn’t much criticism for this film. It’s very witty and charming. I really wished they had not changed the title because it deserves to be known as Lady Susan since she is the main character and the subject of almost everyone’s thoughts and concerns. A very good job was done to take the text from the novella and build it into dialogue to make it sounds like dialogue from the Georgian Era instead of a sentence from a letter (which is much harder than it sounds). I did find it weird that Lord Manwaring (Lochlann O’Mearáin) is shown and interacts with Lady Susan, but never speaks. He is there, but silent.

The music used in the film is very lovely and even the servants in this piece are well dressed and colorful, which is always nice to see. This may not be the nest adaptation of a Jane Austen work out there not of this particular work, but I have not read nor seen the plays and this is the only version that is accessible to everyone. I don’t think it’s a requirement to read Lady Susan before watching this film. The novella is a bit hard to read because it’s only a series of letters and can get a trifle dull and confusing at times. As a film, this shows a side of Jane Austen we rarely get to see outside of her personal letters. We see her as an author being more witty and more sexually aware of how women are seen in society. She’s having fun with this character and doesn’t punish Lady Susan for enjoying pleasures of the flesh. Which is interesting for the daughter of a clergyman to take. I highly recommend it and do believe it should be a part of any Austen collection for who knows if we’ll ever get another adaptation of this novella. 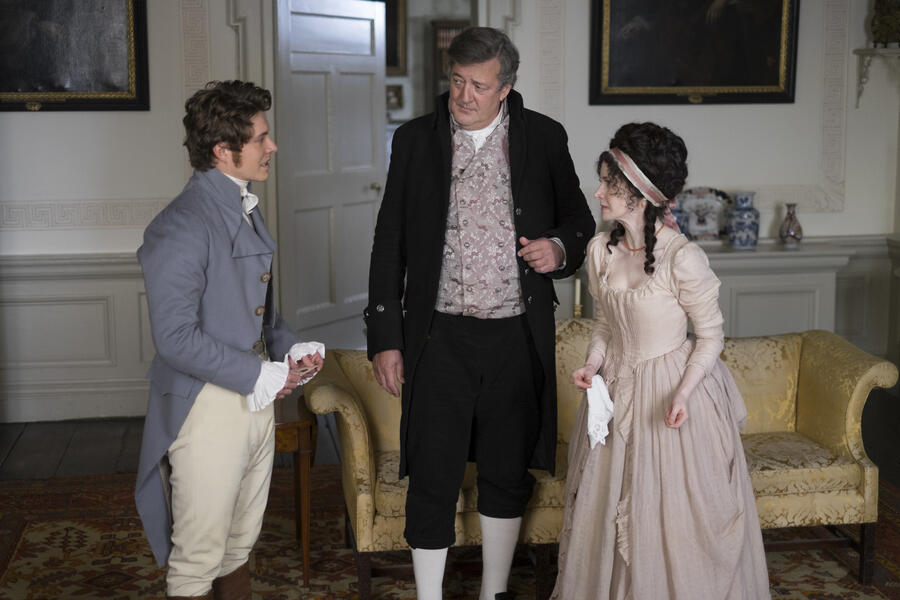 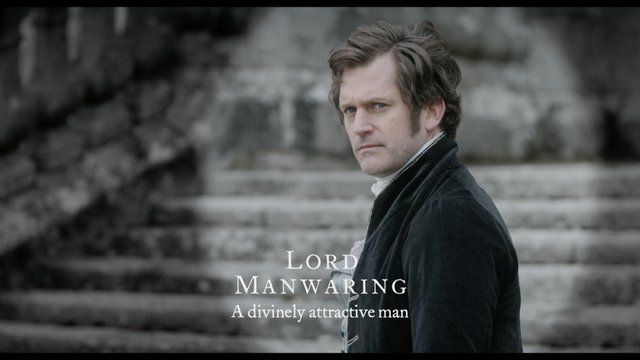 Got to adore the way the film introduces each character!