This part is going to focus on how people use revisionist history in books and politics, because it’s important to learn how easily facts are skewed, twisted, and manipulated nowadays. 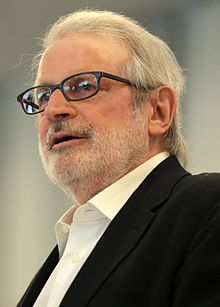 David Alan Stuckman is a former Congressman who worked under Regan and has gone on to write several revisionist books on Capitalism and their history (mostly touting how Democrats have failed and how Republicans can save it). He was quoted in the Atlantic Monthly in the December 1981 issue as saying the “[Reagan’s 1981 Tax Cut] was always a Trojan horse to bring down the top rate…it’s kind of hard to sell ‘trickle down’.” He later on published a book titled The Triumph of Politics blaming Republicans for not willing to reduce spending on top of cutting taxes for the wealthy which led to the large deficit. Stuckman seems to be unwilling to see that “trickle down” economics does not work and will never work and yet has written four books praising it (his last book published in 2019 is all about trashing Trump). His primary book that is seen as wholly revisionist history (and is labeled as such by WorldCat) is The Great Deformation. While he seems to have good insight as to the workings of economics, Stuckman also tends to have a revisionist view of how to fix things, so reader beware. 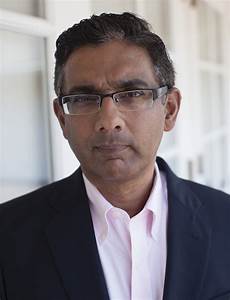 Dinesh D’Szousa is a frequent guest on Fox News and has long been a student of Revisionist History. He does have a BA from Dartmouth, where he wrote for an independent student run newspaper The Dartmouth Review and outed several homosexual classmates. He ended up as an advisor to President Ronald Regan. In 1995, he published a book called The End of Racism stating that Slave Owners were painted unfairly and treated slaves really well. He followed this up in 2002’s book What’s So Great About America stating that colonialism helped lift third world countries up to Western standards of living (in Chapter 2). 2007’s The Enemy at Home had the premise that Muslims don’t hate America, just hate America’s sexuality, completely ignoring the issue of Wahhabism and the Saudi Arabia connection to 9/11. He then did a book and film with the same title, Obama’s Rage with no need to explain what it was about. He then did another book and film combination, America: Imagine the World Without Her in 2014. He was then convicted of one felony of misappropriating campaign funds, plead guilty, and sentenced to five years probation (of which he states was an Obama conspiracy). While on probation, he did another book & film combination called Hillary’s America, a hit piece connection her to Slavery, and, therefore, evil. It was just a bunch of thinly connected conspiracies which he touted as truth. Dinesh then rehashed the whole thing in 2018 with Death of a Nation, again trying to connect Andrew Jackson and the Democrats with Slavery, the KKK, and Nazis. Nothing this man writes, says, or does holds any weight historically or logically. Yet anytime he is confronted with the truth, he demands to be debated on stage. Many historians, including myself, have offered to do so. He has yet to take any of us up on this offer. Do not waste your time nor money watching his films nor on his books. If you want to read them, try the library. YouTube has clips of the films. They are laughable as they are disgusting. I cannot handle more than 10 minutes of them before my blood pressure goes up. Truly disgusting. D’Szousa has done more harm with his lies than any other public figure than I know of because so many people have been reached with his presence on Fox News and have seen his films. This is dangerous because they perceive his statements as facts, not lies. It’s an erosion of history happening in real time.

Robin Hanson is an Associate Professor of Economics at George Mason University, which was once part of University of Virginia, until it became independent in 1972. Recently, on Twitter, Mr. Hanson has decided that there were Slaves who volunteered to be Slaves and enjoyed their imprisonment because they chose to enjoy their time this way. He routinely brought up Sally Hemmings, who at the age of 14 was raped by Thomas Jefferson, who was 3 times her age, then was 15 when he brought her to France. In France, she was technically a free person of color. But, Mr. Hanson has stated she willingly remained a Slave and returned to America. Let me help with this one here Robin. She was 15, pregnant, in a country where she didn’t speak the language and probably didn’t know that the laws in this country meant she was now a free person of colour. She left with Jefferson because she didn’t know she had another option. She was his property and was not given a choice. Robin is a blockhead for thinking Sally willingly, at the age of 15, chose to be a slave. He gave the reason that she wanted to be with her mother, who was at the Jefferson plantation and chided Sally for her foolishness. Yes, what child would want to remain with their mother when they are scared and pregnant at such a young age? I cannot believe this person is still employed by GMU and cannot believe he is a research fellow at Oxford University. He should be removed from both positions post haste.

Avital Ronell gets a mention here only because she is such a problematic figure in Academia. Most Academia Feminists flock to her and protect her, yet she is not a Feminist. I repeat, she is not a Feminist in any sense of the word. She does nothing to promote other women or other under-represented people forward. She has often been cited for being unusually cruel to her graduate assistants and recently had to pay for sexually abusing and harassing one for years. Her books are often unreadable to the point of being gibberish. Parts of her books that are readable seems to read more like essays written by her grad students than by her which makes me wonder if they are the works of her assistants over the years and she’s been taken credit for it and making money off of it. It’s  not really revisionist per se, only she it is dangerous to assume everyone in Academia is honest and forthcoming. Not everyone is nice. This is a gentle remainder of that. 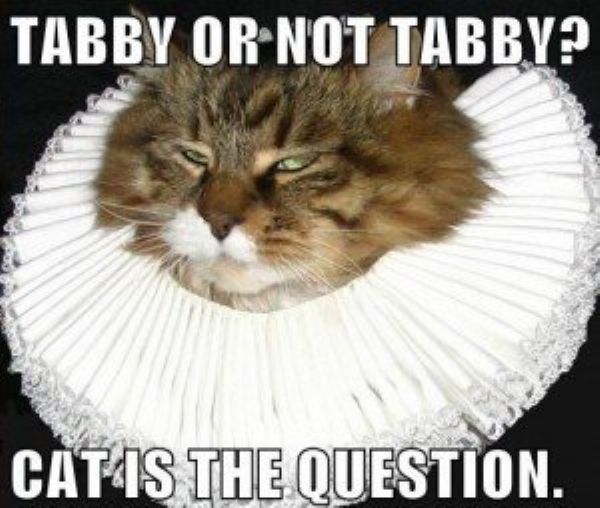 The point of this three part posting was this: vet your sources carefully when researching historical or even modern day issues. The Internet is a terrific resource and it’s amazing how much information is at our fingertips! But the downside is there is a lot of misinformation out there too. Even at the library, there are books, which I know, we think we can trust because they’ve been edited, published, and therefore have been vetted to a certain amount, but that’s not always the case anymore. Publishing crackpot conspiracy theories is a big business nowadays and there are many books and independent films being touted as historical proof of things when they aren’t. Take the History Channel, for example. When it first came out, it had wonderful programing on all sorts of subjects and looked into all kinds of historical eras. Now, it’s mainly aliens, Bigfoot and WW2 if we’re lucky. WW2 is the only thing on there keeping it history relevant at this point, and that’s extremely frustrating as it’s also sad.