As many of you should know by now, I have a penchant for the 19th Century. While I tend to focus on the late Georgian/Regency Era for my writing (and where the bulk of my research is, to be honest), that doesn’t mean I haven’t researched outside of the Regency period. The entire 19th Century is an amazing span of years to look at for any historian. We go from horse drawn carriages to steam locomotives and gas lighting inside the homes. We also go from paintings and drawings of people to photography. It’s an incredible century to look at and do any kind of research into. Yes, it can get overwhelming at times, which is why people tend to focus on certain areas or time periods within the century because it can be too much. So this brings me to a sort of affinity I have which is about female hysteria. 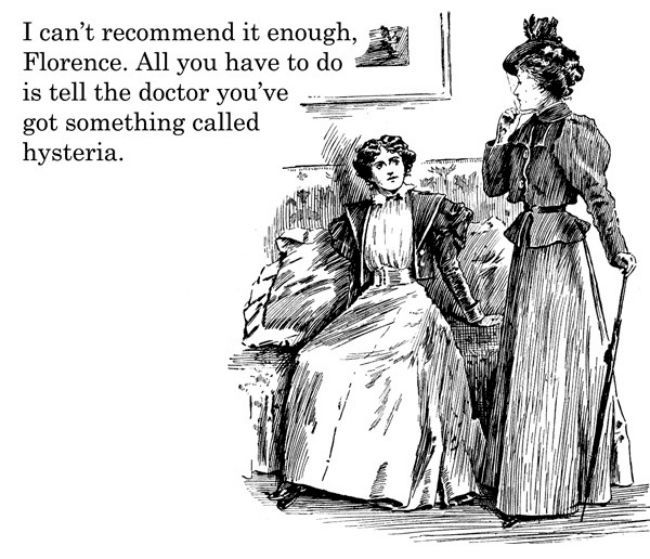 Hysteria was a female malady that was still a term used in American medicine until the early 1950s. Symptoms included anxiety, loss of appetite, increased appetite. shortness of breath, fainting, sexual desire, lack of sexual desire, insomnia, water weight, irritability, or as women know it as-HORMONES. Hysteria comes from the Greek word for Uterus, and many ancients (men) considered the uterus a “wandering womb” and hysteria was a result of this. Proof that men have never understood female anatomy. From the 11th Century to the 16th (roughly) it was called melancholy and most thought it appeared as a result of demonic possession.

In the 16th & 17th Centuries, men dismissed the whole demonic possession for the uterus must be retaining fluid. They believed the uterus must expel the excess fluid. How? Well, they weren’t sure how to but left it to midwives to deal with. Though Physician Abraham Zacuto in his Praxis Medica Admiranda from 1637 recommends marriage and vigorous intercourse with the husband as a cure-all for this situation. Again, men only see marriage and sex as a cure for something that they don’t understand. The 18th Century gave us enlightenment and men started to see hysteria as a neurological disorder rather than a physical one. It didn’t last long. The 19th Century saw a reversal of the neurological thinking and again put hysteria to blame on a woman’s uterus. However, this led to a very interesting solution by male doctors-intimate massages to alleviate the symptoms. Men suffering from cramped hands then turned to science for an easier solution. Hence, the vibrator was born to hep alleviate a woman’s hysteria effectively and quickly. But what is important to note that hysteria was only considered a white woman’s disease. Women of color exhibiting these same symptoms were often regulated to insane asylums, or just thought to be lazy or stupid. Hysteria was seen as a consequence of too much civilization, which was clearly meant to exclude women of color because they were never civilized enough. For an era that many consider prudish (the Victorian Era), they were obsessed with sex and sexual gratification but only as it applies to white people. I should mention that with the advent of photography, erotica became an overnight seller (yes, naughty pictures of prostitutes was a big seller in those days). 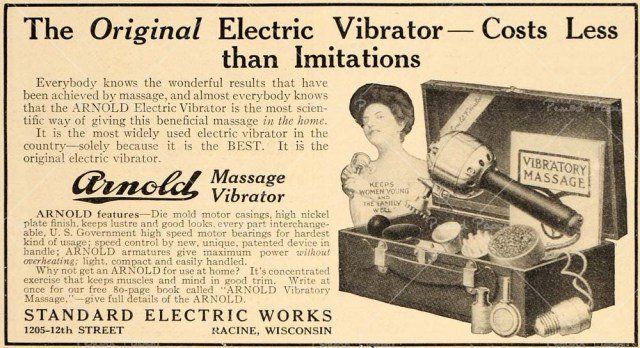 Now, while all of this is interesting, and it is, why then do I dislike the terms hysteria and hysterical? Mainly because it is a term used primarily by men to dismiss a woman’s feelings or even thoughts on any subject by equating them with their emotions and uterus. Hysteria is intimately connected with the female reproductive organs that I cringe whenever any woman  is deemed hysterical, even in films and television because I truly feel women are being seen as less than a person and only as a sexual organ. After all, a hysterectomy is the removal of a uterus and is while the ovaries are not always removed, the actual uterus is (ovaries are sometimes left because HORMONES). Now, no where is there a male equivalent term to hysterical. I suggest vasectical since a vasectomy deals with the male reproductive organ.  So when a man is being overly brisk, overly overbearing, I do think we should be allowed to call him vasectical because he’s clearly only the sum of his reproductive organs if we are called hysterical. 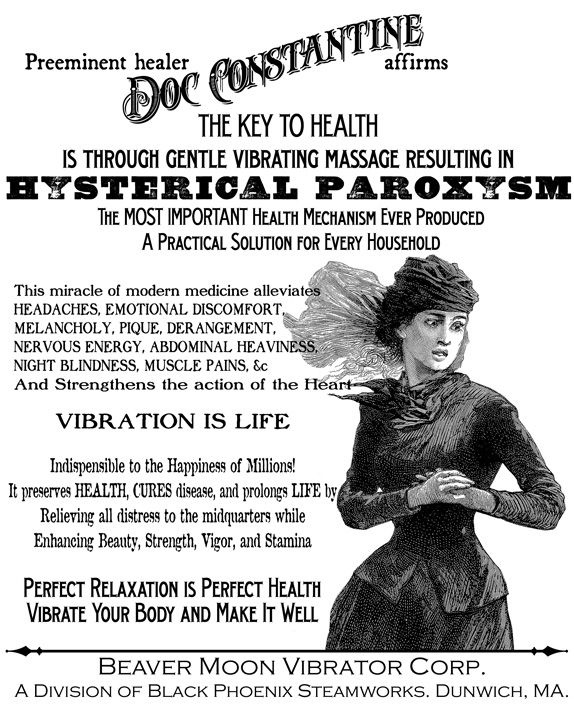 So while I acknowledge the history of the words hysteria and hysterical, I do not like them being used to describe any woman in today’s society. We are more than just a uterus. We have rational feelings and thoughts. While I understand that the word may be used in writing a pre-1950s novel, it doesn’t have to be used. Too many politicians are making laws regarding women’s bodies and whenever any woman objects, she is labeled as “hysterical.” She is being labeled as nothing more than a uterus, which is the very law she is trying to protest. It’s important to understand the origins of such words because they often have a derogatory meaning and are very unpleasant for people to be labeled as.

Vasectical: the male equivalent of hysteria