To be a “Karen” is to be, generally, a white privileged cis woman. While it is a slang term, it’s been the inspiration for many memes and gifs that multiply almost as much as cute cat video on YouTube. Chad is the male counterpart. However, I have firmly come to the conclusion that both terms are more universal as I have come across many Karens and Chads (in person and online) over the past two years. Now, I have considered calling WOC who act this way “Candace” after the ubiquitous Candace Owens. And have thought Kayne really needs no explanation. Yet, both are merely just a Karen and a Chad beneath it all.

The typical Karen image courtesy of Knowyourmeme.com (the image is actually of Kate from Kate plus 8, who seems to exemplify the term Karen)

I’ve come across a slew of Karens whilst working with my uncle in his shop (a convenience store for us Americans). I should note that the shop deals primarily with minorities, yet this doesn’t mean that there are non-minorities who visit daily. Once such Karen is always insistent that she should get free cups of ice simply because she sends her kids to the shop multiple times a day. Now, a free cup of ice now and again is not a big monetary loss. However, when one person comes in and is taking 4 to 5 cups of ice four to seven times a day, every day over the course of  year, it’ not only a large monetary loss (each cup costs, on average, 30 cents out of our pocket, on top of the water and electricity it takes to generate the ice), it’s also wasteful because the cup, being plastic, is thrown out and not recycled. This, I would state, is an example of Karen behavior. The Chad version of this is to take a cup of ice, but throw the money we charge for this item on the counter and complain we are ripping him off while making suggestions that I should be willing to engage in a little hanky-panky. Yes, the Chad behavior combines the rudeness and privilege of the Karen, but mixes in the assumption that being male makes them irresistible to any female in a five-mile radius of their good self. 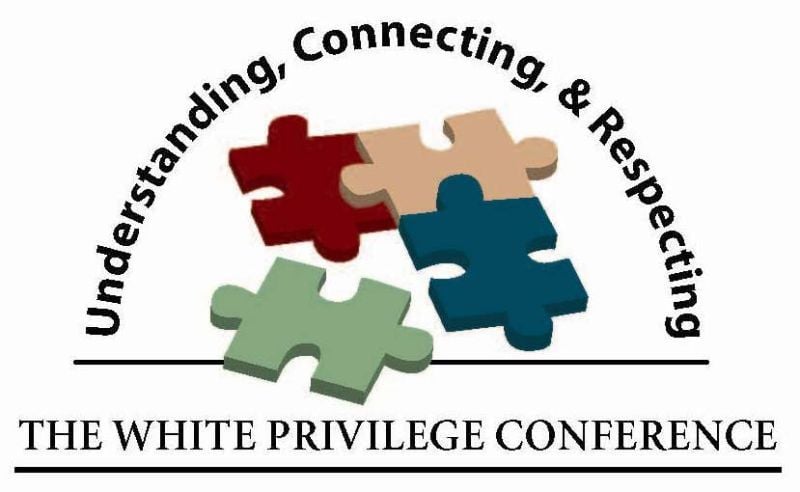 Image from Madison.com of a real honest to God conference (seriously, this is not a joke); the ultimate gathering of Karens and Chads.

Now, online dictionaries deem that a Chad is a man in his early 20s to mid 30s. Usually white, it has now been associated with Neo-Nazis, Incels, and just truly awful men. While a Karen is a woman in middle age, Chad is more of the frat boy persona. I feel that this is unfair. Regardless of age, any person can be a Karen or a Chad. And while it has been aligned with white privilege, the past few years have shown me that this cult like attitude has spread (and has always existed) across the racial divide. 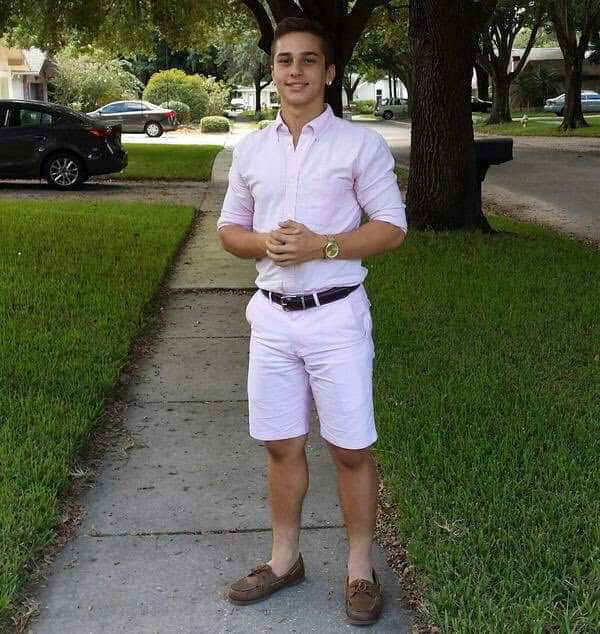 Image courtesy of Reddit (no, really) showing how a frat boy (or Chad) should be dressing.

Most people can agree that a Karen is a woman who is demanding and is used to getting her own way. Some examples of this are women who demand to speak to a manager over every little thing. Women who demand sale prices after the sale has ended or special treatment because they deserve it. Women who even think they should be able to do anything they want because Society somehow “owes” them. This, to me, is the true definition of a Karen. None of these behaviors are regulated specifically only to white culture. Many of us can recall seeing women of all backgrounds and levels of society who exhibit this behavior. Having worked in retail, bartending, waitressing, and even as a teacher, I an assure you, dear reader, that Karen knows no color lines, no monetary barriers, nor is confined by any known border that exists. Karen is everywhere and we’ve all suffered her wrath.

Likewise, Chad is not just a glorified Frat Boy. Chad is an overpuffed man who thinks he is the ultimate example of manhood and, therefore, entitled to everything and anything he can possibly think of. Lets face it folks, we all know at least one Chad. We’ve all met at least one Chad in the past year, if not numerous times in our daily lives. Chad can be an obnoxious high school student trying to buy smokes or booze illegally because he wants to or a man in his fifties making sexually suggestive remarks to a younger woman because her being pleasant MUST mean she wants him (she really doesn’t).

So, why write such a post? Firstly, because I’ve noticed an uptick in obnoxious boarding on vile behavior ever since the outbreak began here in the US and Europe starting around January to February of this year. People online becoming truly heinous with deciding to “educate” others on all sorts of topics such as medical advice, body shaming, and even sending death threats because a parent deleted a child’s Minecraft game. This post stems from an experience I just had recently (and recently, as in today).

I was part of George Takei’s fan group on Facebook. Had been a follower and fan for years (what can I say, I love Star Trek). While a rule of this fan group is no trolling, over the past few months the trolling has gotten excessively worse. The Comic Sands article was posted. I read it after coming off of a late shift and made the comment that while the punishment was excessive, it seemed equally, if not more so, for people to demonize the parents for deleting what is, in effect, a video game. I was bombarded with numerous comments from the parent destroyed the child’s artwork (because a game is art now), to I should be thrown out and abandoned like the bitch I was. I even was privately messaged on Facebook and Twitter with images of people holding a printout of my profile picture, with red X’s on it, hold guns to my image, and even one person had a knife sticking through it. Every single person who sent it to me has been reported (please give me a modicum of sense here) and a majority of them were white. Notice I said a majority of them, but not all. I had an African American woman inform me that I needed to be taught a lesson (yes, she actually private message me via Facebook). I had someone who I am going to assume has some Hispanic or Latino background (I am basing this on his name, which is Spanish sounding, and from the fact it stated his hometown was near or around Mexico City) inform me he would be only too glad to teach me and my niece a lesson sexually because we needed to learn our place (my niece is under the age of 3). Now, my profile on Facebook is private. But, as we should all be aware, anything we post to any online database can be found.

I was appalled, scared, and most of all, disgusted by this trolling shark frenzy which was occurring. Over a video game. Let this sink in-a video game. During this time where people are dying (children, the elderly too), people are out of work, going hungry, etc, the riotous mob came for me, and for anyone, who couldn’t fathom why these parents were receiving death threats over a game. Are people that much entrenched in the Cult of Karen & Chad that deleting a video game is now seen as priceless artwork along the likes of the Sistine Chapel? A game ranks higher on being vitally important than life itself? This cult of extreme privilege is a cancer on our modern Society. No one should think that having access to a video game (which is not a free game, but costs money) is a right that cannot be taken away. Sorry Karen, Chad, Swedish Karen, Mexican Chad, Candian Karen, German Chad, Karen-Candace and Kanye-Chad, but I don’t think a video game is as important to existence as actual existence at this point in time. Thanks for telling me to go back to whence I came (please, Swedish Karen, you might want to brush up on Biology 101 and how birth works). Sorry Mexican Chad, but I have a boyfriend who won’t want to bugger my three year old niece. Sorry but not sorry Karen-Candace for sending your information to the FBI as I do think threatening to shoot me is a bit much for not thinking Minecraft is on par with Michelangelo’s David. And to all the other Karens and Chads I have neglected to mention, I do hope, that in time, you realize that there is more to life than the privilege of  playing a video game. But, like any cult, blind willful ignorance and mass idiocy will no doubt continue to reign as they induct newer and younger members into their cult of extreme privilege.